Yehuda Eder is the initiating founder of Rimon School, who currently serves and inspires daily as the Rimon President and Director of the Songwriting & Music Production department. A versatile guitar player, Yehuda is considered one of Israel’s founding rock musicians. Since graduating from the esteemed Berklee College of Music in 1980, he has served as a member of the Israeli rock groups Tamuz and Doda. Over the years, he has collaborated with famous Israeli musicians, including Meir Ariel, Shlomo Artzi, and David Broza, as a musical producer, artistic advisor, and all in between.

One of the Rimon founding five, Guri Agmon is an accomplished saxophonist and clarinetist, composer, arranger and producer.

Guri has studied with Phil Woods and Dave Liebman and he holds a Master’s degree in composition.

He composed original music for the theater. His arrangements were commissioned and recorded by most of the orchestras in Israel and by many popular singers. He is the conductor and musical director of the Holon Big Band. He has performed as saxophone soloist with the Israel Camerata and as a sax player with all the orchestras in the country. He is active as a composer, arranger and sax player in many jazz combos.

He is one of the founders of the Rimon School of Jazz and Contemporary Music andhas acted as its academic director. He is a senior lecturer at Rimon, as well as a member of the management and the academic committee. 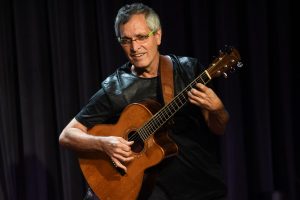 Born 1952 in Israel, Gil Studied classical guitar, served in the Israeli Army as a musician in the ‘Central command entertainment unit’ , then continued his studies in the U.S.A concentrating on jazz at Berklee College in Boston and on classical theory and composition at Queens College in NY.

Upon returning to Israel in 1981 Gil established himself as a guitarist as well as an arranger/composer performing live jazz and rock and recording with leading artists in Israel. During 1983 & 1984 he taught jazz improvisation and guitar at the “Jerusalem Academy of Music”. In 1985 Gil co-founded the “Rimon School of Jazz and Contemporary Music” in Ramat Hasharon, Israel. In his capacity as “Rimon” academic director, Gil developed and wrote many core curricula as well as advanced courses. He has performed in jazz festivals in Israel and Europe leading his own ensembles and together with Al DiMeola. Since 1990 he has been with collaborating with Rimon alumnus singer songwriter Achinoam Nini aka Noa.
Gil is Noa’s musical and artistic director as well as co-writer, arranger, producer and guitarist.
Gil is married to Neta Adan Dor. They live in Jaffa and have three children and six grandchildren.

Amikam Kimelman wears two hats at Rimon. As an administrator, he concentrates on the concerns and direction of the students at Rimon and as a teacher, he brings years of playing experience along with substantial academic credentials. Along with being a saxophonist, Amikam is also an arranger and producer. Amikam is a graduate of The Rubin Academy of Music at Tel Aviv University and Berklee College of Music in Boston. Currently, he is the music director of The Tel Aviv Jazz Orchestra, and leads “The Human Factory” Quintet as well as the “Hard Jazz Knights” group, which has performed in festivals includingGrahamstown (SA), Almati (Kazahstan), Baku (Azarbaijan), EU Jazz Express (Hungary), Essen (W. Germany), as well as in Israel. 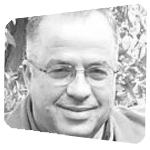 Harry Lipschitz, a member of the founding team, has served as Human Resourcesand Financial Director since the founding of Rimon School in 1985 until 2014. Since last year, he remains one of its visionaries, serving as a board member, and continues to lead Rimon to academic and administrative success. He also serves as a principal and as aboard member of several companies in Israel.

Harry studied Finance in MidreshetRupin College and Psychology in MonashUniveristy, in Australia. In the 80s, he was Treasurer and Head of Human Resources at Kibbutz Kfar-Hanassi. Creatively, song writing is at the core of Harry’s world, and he’s served as creative co-producer and artistic advisor on many projects, including co-founder and friend Yehuda Eder’s first album, “Dear Mr. Grossbard” in 2007. His many other projects include works with the Hed-Artzi record company,Gali Atari, Ariel Harowiatz, RonitShahar, Alon Eder and more. Harry is married to Shlomit and is a proud father of three daughters and three grandchildren.

Born in Tel-Aviv, Graduate of Mannes College of Music and New York University. Co-founder of the Rimon School of Music, and teacher of harmony, composition and orchestration at the Rubin Academy of Tal-Aviv and Jerusalem Academy of Music and Dance. Composer, arranger and orchestrator of music for films, television and stage productions. Musical director with artists like: Didi Bridgewater, Esther Ofarim, Noa, Yehudith Ravitz, Arik Einstein, Shalom Hanoch, Yossi Banai, Mati Caspi and many others. Saxophone player and leader of his own jazz and ethnic ensembles. Guest conductor at the Israel Philharmonic Orchestra, as well as Queens Symphony Orchestra, New York, Fundazione Arturo Toscanini, Parma, Jazz-Symphony, Sao Paulo and Maggio Musicale, Firenze. 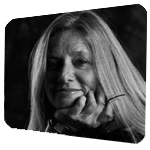 Orlee joined Rimon as the Chief Administrator, with a shared vision of creating an artistic space for the developing genres of contemporary music styles, in Israel and abroad.

Orlee graduated from Tel Aviv University with a B.A. in theater, stage, and design. After graduating, she spent time in New York working for the Israel Broadcasting Authority. Four years later, she returned to Israel to work on costume and set design for Haifa Theater Productions and the famous Bat Sheva Ensemble. She advanced to working in the television industry including working on the popular show Krovim Krovim, before 1984 when she embraced the opportunity to found, build, direct and get involved in other various positions in the Rimon School and community.

Orlee has been a profound influence in creating the environment which encompasses the needs of every modern-day music student. From the beginning, she has been dedicated to building the musical foundation of Rimon, ensuring a quality education based on unique values that pertain to the dynamic Israeli culture of innovation and creativity. Today, she upholds this responsibility, as Rimon continues to flourish and gain international recognition.